Illinois lawmakers say they've made real progress toward passage of a budget. But even if they can get it passed by the scheduled end of session next Thursday (May 31), the big question remains: Will Gov. Bruce Rauner sign or veto it?

Meanwhile, state Rep. Kelly Cassidy, D-Chicago, says she quit a side job with Cook County Sheriff Tom Dart because she felt pressure from allies of House Speaker Michael Madigan. She'd been critical of his handling of harassment and bullying allegations against campaign aides earlier this year.

Brian Mackey
Brian Mackey formerly reported on state government and politics for NPR Illinois and a dozen other public radio stations across the state. Before that, he was A&E editor at The State Journal-Register and Statehouse bureau chief for the Chicago Daily Law Bulletin.
See stories by Brian Mackey 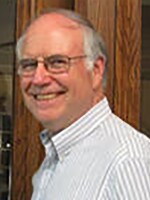 Daisy Contreras
Daisy reports on statehouse issues for our Illinois Issues project. She's currently a Public Affairs Reporting graduate program student at the University of Illinois Springfield. She graduated from the Illinois Institute of Technology with an associates degrees from Truman College. Daisy is from Chicago where she attended Lane Tech High School.
See stories by Daisy Contreras
LATEST STORIES
Related Stories