Illinois became a state in 1818, but figuring out its shape was not a simple process. While most people hear Illinois and think Chicago - it could have been without the city, if not for advocacy and politics. An article in the current edition of Illinois Issues magazine (and below) explores the issue. Rachel Otwell sat down to talk with the author, Eliot Clay, about it:

Can you imagine Illinois without Chicago? What if Illinois had been a border state during the Civil War? If federal lawmakers had their way back in 1818, it could have very well been a reality.

Professor Kenneth Olson, who teaches natural resources and environmental science at the University of Illinois, detailed how the combined works of two men and natural geology helped shape our state into the form we know today. “The eastern boundary with Indiana was already set, and it was a line between two bodies of water, Lake Michigan down to the Ohio River through some tributaries,” says Olson. “The story in the southern tip relates to when the Mississippi used to flow farther west into Missouri, and then there was an earthquake, a narrow channel was opened, melt waters went through and the Mississippi was realigned.”

It is fairly common to have a state’s shape based on naturally occurring formations, like the Mississippi River on our western border, but when Olson began looking toward Wisconsin, it became evident that other factors were at play.

“And then the other one was the northern boundary. It was a straight line that had nothing to do directly with water, except the line was moved because they wanted to link the Great Lake watershed and shipping with the Mississippi River.”

Olson detailed that the advocacy for Illinois’ northern border came primarily from two men, one of whom had lived in the Illinois territory for many years before Illinois’ statehood became a topic of discussion. “Nathaniel Pope had certain responsibilities in the territory, and he had a brother who was a senator in Kentucky. Between the two of them, they convinced Congress to move the border up 51 miles, partly so there would be lakefront access to the Great Lakes, partly for the linking of these two waterway systems.”

Pope wanted Illinois to contain a water system that would benefit the state’s economy, but a factor that would end up deciding the northern border would not be fully realized for a few decades. “In order to get votes in the Congress, there was a concern about this North-South conflict, which 40 years later became the beginning of the Civil War, and they really wanted a waterway through a Northern state,” Olson says. “By adding the 51 miles, they ensured that Illinois would be a Northern state and not a border state.”

The work of Nathaniel Pope and his brother profoundly changed the shape, and more importantly the history, of Illinois. Olson says if Congress had enacted its original plan and the Mississippi River had not changed course, Illinois would be minus Chicago, Rockford, Moline, Rock Island, Peoria, Metropolis and Cairo. Olson’s and his colleague Fred Christensen’s work was published in Journal of Earth Science and Engineering in July. 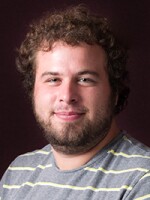