Related Programs:
Education Desk
Past Due 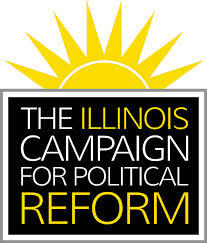 Enrollment at the state's three largest public universities increased -- but just barely. The biggest gain was at the University of Illinois flagship campus in Urbana-Champaign, at 1.8%.

Smaller schools fared even worse, with an overall average decline that put Illinois dead last among the seven states. One of the small schools  is Eastern Illinois, which saw a 13 percent decline.

The biggest drop of any school in the study was Chicago State University.  It saw a reduction in enrollment by almost 25 percent, and a freshman class of just 86 students.

When it comes to equity in school funding, Illinois ranks last among all 50 states. So over the summer, various groups of lawmakers have been meeting with stakeholders, trying to come up with a plan that will send state dollars to the school districts that genuinely need help. Brent Clark has been attending all those meetings.

About a dozen college and university officials gathered at the capitol today to remind lawmakers of the desperate situation schools find themselves in. Most have gone for a year with less than a third of expected state funds. The coalition included presidents of institutions as enormous as the University of Illinois System and as small as the private liberal arts school Illinois College in Jacksonville, whose president warned that state funds need to come quickly.

MAP grants — the monetary award program that helps low-income students pay college tuition — will receive some funding through the stopgap measure approved last week by Illinois lawmakers. But a new survey conducted by the agency that administers the MAP program shows the detrimental effects the state budget impasse has already had on those students’ enrollment decisions.

Kimberly Thomas is the reigning Illinois Teacher of the Year. The title doesn’t come with a satin sash and a tiara, but you might think it does once you get a taste of Thomas’s extreme effervescence. This Peoria math teacher has a lot more going for her than just bubbles and fizz, but you have to get you a sip of that first.