The Illinois Restaurant Association again asked Pritzker to alter his metrics on indoor dining, especially given the cold and difficult winter ahead for already struggling restaurants. IRA President Sam Toia cited job losses in the industry as a major pressure point, and said Illinois stands nearly alone in its restrictions on bars and restaurants.

“Eating and drinking places in Illinois lost 31,000 jobs in November alone,” Toia said. “This is the highest rate of hospitality job loss in the entire country, and three times as many as the next closest state.”

Illinois is one of only three states with a complete statewide shutdown of indoor dining.

Earlier this week, Pritzker affirmed he will unfreeze all regions of the state from the so-called Tier III mitigations he implemented in November, as the second wave of the COVID-19 pandemic raged.

Regions are now able to step down from Tier III mitigations if they meet criteria for doing so. Pritzker cited those mitigations, along with the previous ones that shuttered indoor dining for different regions of the state beginning in September, October and early November, as the reason Illinois’ COVID-19 metrics have turned around.

“In large part, because we acted before Thanksgiving with Tier III mitigations, we in Illinois have seen the number of COVID hospital patients and our positivity rates drop by over a third since November 20,” Pritzker said Monday.

Pritzker said he hoped to see the return of indoor dining in Illinois soon, but would only say his existing “data-driven” metrics would determine when that could happen for each region of Illinois.
But the restaurant association will keep applying public pressure to the governor.

Despite accommodations many restaurants have made — including requiring waiters to wear masks and spacing out tables to comply with state regulations — the association predicts thousands of establishments would have to close their doors permanently, and additional thousands of jobs could be lost if indoor dining remains banned. 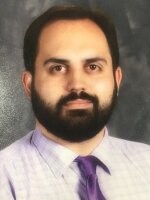