The sponsor of a proposal to move Illinois to a graduated income tax says he is going forward with it Wednesday after working to shore up support.

Right now everyone in Illinois pays the same rate on their income taxes, no matter how much they earn. Democratic Representative Christian Mitchell, of Chicago, wants residents who earn more money to pay a higher rate. That requires changing the state's constitution.

But Mitchell didn't call it for a vote in the House Tuesday because he says he wants bipartisan support. That's not a sure thing because Republican Gov. Bruce Rauner opposes the idea.

"I know he's got a lot of influence in the Republican caucus, so my hope is that folks are going back, squaring themselves with leadership, getting ready to make the vote," he said. "I know some Republicans are starting to get some pressure on them. My hope is that they will hold firm. We've got some who I know want to do the right thing. We get some bipartisan support, we can lower taxes for 99 percent of people and still raise some money for the services we need."

Rauner says a graduated tax is bad for businesses, and will hurt job creation. 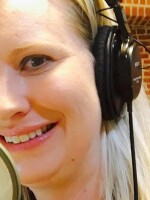