When Prohibition became law 100 years ago, it led to bootlegging and gang warfare throughout Illinois. Its effect in Chicago is well-known, but its impact on Southern Illinois was equally devastating.

In the 1920s, among Southern Illinois’ hundreds of moonshine stills, hills  and hamlets were gangsters whose lawlessness rivaled Chicago’s. However, few people outside of those bottomlands know their names today.

While Al Capone has international fame, the Shelton Gang’s and Charlie Birger’s names only bring chills to the region they terrorized for decades.

Before Prohibition, parts of Southern Illinois had developed a reputation for murder stemming from family feuds and labor strife. The 1922 Herrin coal mine strike, also called the Herrin Mine Massacre, left 23 dead and earned the county the nickname “Bloody Williamson.” Prohibition brought more murders.

“The ban on brewing and consumption of liquor gave way to a sordid underbelly of Southern Illinois terrorism,” says Taylor Pensoneau, who grew up in the region and authored the book, “Brothers Notorious: The Sheltons, Southern Illinois’ Legendary Gangsters.” “On one side you had the bootleggers, led by the infamous Shelton Gang. And on the opposition came the vigorous emergence of the Ku Klux Klan…The bootleggers and the KKK mixed like oil and water. Both turned into armies that fought pitched gun battles during which local law enforcement and elected officials just got out of the way.”

The Shelton Gang was headed by a triumvirate of brothers who grew up poor in southeastern Illinois’ Wayne County. Carl Shelton, the leader, and his brothers, Bernie and Earl, oversaw the illegal booze business throughout Southern Illinois. They paid off local officials and law enforcement to ignore their vice, but not all cooperated. Some supported Prohibition and wanted it enforced. This included the Ku Klux Klan, which was popular in the area. Herrin -- the epicenter of much of the area’s violence - even had its own Klan newspaper, the Herrin Herald.

This second-generation Klan arose as a self-proclaimed morality police. According to Arnold Rice’s book, “The Ku Klux Klan in American Politics,” the Klan stood for “America;“ anything that wasn’t red, white, and blue was wrong and that was a long list. It railed against African Americans, Catholics, immigrants, and Jews, and supported Protestants, whites, Prohibition, and law and order. The Southern Illinois Klan saw alcohol and bootleggers as evils because they destroyed families and made a joke of law and order.

Klansmen, which included prominent local citizens, ministers, police, and elected officials, battled the gangsters and raided illegal bars and homes suspected to have stills. “Klan vigilantes kicked doors open, beat up men and women, and even stole money and other valuables,” Gary DeNeal wrote in his book, “A Knight of Another Sort: Prohibition Days and Charlie Birger.” However, the Klan’s methods were self-defeating.

“A sizable portion of the population” disliked the Klan and its methods and supported the bootleggers instead, writes Tyler D’Ambrose in the Southern Illinois University’s 2018 Legacy journal. The Klan didn’t help itself by destroying a popular coping mechanism. Some locals felt Prohibition was unfair. Theirs was an area hard hit by labor strife and job loss where part of the population soothed itself with hooch or sold it to keep food on the table, according to a case study of Prohibition in small Illinois towns, in the 2010 Eastern Illinois University Historia journal.

The Klan’s rages only worsened. One of the most infamous was a siege on February 8, 1924. After injured bootleggers sought refuge in the Herrin hospital, the Klan attacked it. Two years later, the group lead an Election Day rampage that killed Klansmen and their foes but left the self-proclaimed morality police in tatters. The Klan fell away and the gangsters were left with virtually free reign.

Throughout Williamson, Franklin and Saline Counties, the Shelton gang ran “a dozen big roadhouses, some of them 24 hours a day,” reported the November 28, 1926, Washington, D.C. Evening Star paper. “Poker and dice joints operated openly and brazenly. (They) were raking in a goodly portion of Williamson and Franklin counties’ $2,000,000 monthly pay roll.” Locals wanted the governor to declare martial law to stop the gangsters, but others predicted officials would never allow it since they personally profited from the operations.

No one predicted what happened next. One of the Sheltons’ own members rebelled.

Charlie Birger ruled Saline County, his own fiefdom within the Sheltons’ kingdom. Legend says love fractured his fealty. He struck out on his own in 1926, after Carl Shelton had an affair with his girlfriend. Birger was a Russian-born drifter who shifted jobs with the wind: cavalry private, cowboy, café owner, then gambler, prostitution ringleader\ and bootlegger. Known for brutality, Birger was beloved for generosity. One of his wives said, “When he found out there was a family in need, he didn’t make it known. He went and bought this stuff and set it on the porch. He would leave money in envelopes under their doors,” according to DeNeal’s book.

He had no generosity toward the Sheltons. It was all out war. The criminal overlords battled each other with handmade armored cars, jerry-rigged bombs dropped from airplanes, and weapons that often outnumbered local law enforcement’s. Wives were shot, houses firebombed, bodies dumped, and an already wounded enemy dragged from an ambulance to be beaten. The feud ended when Birger was hanged in 1928 for the murder of Shelton associate and West City, Illinois Mayor Joe Adams, which he ordered two underlings to carry out.

“Then the Sheltons had everything going their way,” says Pensoneau. That changed a few years later when Prohibition ended in 1933. They retreated to East St. Louis and took over local gambling. “You couldn’t operate a dice game or a card game in a back room without permission from the Sheltons or one of their lieutenants,” he says. “In the 1930s, they also pioneered labor racketeering in Southern Illinois.”

Their lives changed again in the early 1940s. Peoria called. The river town was brimming with brothels, gaming, racketeering, and other vice. The Chicago mafia wanted to take it over, but Pensoneau says the city’s vice lords, who had ignored Capone’s overtures, “invited the Sheltons to come into Peoria and run all the illegal stuff.”

Peoria’s welcome didn’t last long. The Sheltons were ousted in the mid-forties when the city elected a mayor intent on reform.

Most of the Sheltons died as they lived.  Carl was killed in 1947. His death made the New York Times. Bernie was murdered the next year. Their assailants are unknown. Many in the Shelton family were assassinated or attacked. Earl survived several attempts on his life. He went straight, moved to Florida, and lived until 1986. Renegade Shelton associates kept illegal operations running in downstate Illinois into the 1960s.

Southern Illinoisans still talk about Birger and the Sheltons. But they never became the household names that Al Capone did. Why? “Publicity,” according to former Illinois State Historian Samuel Wheeler. “The media was much more plentiful in Chicago. More stories were written about Capone, their photos and mug shots were circulated, and more people saw them.”

The Southern Illinois boys rarely met a foe they couldn’t beat, except for each other. And the media. 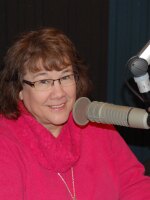