Watch this Illinois Issues Forum from Naperville.  Our 2018 election coverage continues with a discussion of economic development in the collar counties of Chicago and how the state issues influence their well-being.

This forum is produced and hosted by NPR Illinois with support provided by AARP Illinois.

As someone who values being knowledgeable about Illinois, please support this public radio station by clicking on the, "Donate" button at the top of this page.  If you're already a supporter, thank you! 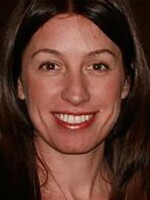