Given the horrible tragedies that have recently occurred in Buffalo, Uvalde, Highland Park and elsewhere American politicians (and the American public) are debating a number of policies meant to address issues related to mass killings with firearms. In fact, the bipartisan Safer Communities Act was recently signed into law, which includes some policies discussed below. This blog post is meant to address what Americans think about such firearm safety proposals using public opinion data. To be clear, this blog post is not advocating for or against such proposals. There are plenty of passionate write ups advocating for certain positions and you can find those elsewhere. We’re just sharing a bit of insight to the minds of Americans. With that in mind, what do Americans think about some of the policy proposals related to firearms? Considering our recent post about the growing partisan divide in America, how does partisanship impact attitudes?

Recently Morning Consult in conjunction with Politico collected a representative nationwide survey that asked numerous questions related to firearms. This survey helps give us some understanding of where the American public stands on policies related to firearms. While there are others that have been conducted recently as well, I focus on this one due to depth of the questions asked, but the results are consistent with other polling work. Something to keep in mind as well is that public opinion is a snapshot, in this case it is one taken in the immediate aftermath of tragedies. In the aftermath of such tragedies, it would be no surprise to find that some people have a great deal of anger, contempt, and fear. Based on previous research involving Center for State Policy and Leadership staff, we know that these emotions have an impact on views of firearms relate policies. Due to this we will also want to look backwards where we can to understand how opinion has changed over the years (which we will do here) and keep an eye on how things may change in the near future (which I encourage us all to do). So starting with the Morning Consult poll, I want to focus first on areas where there is more agreement across the political spectrum before looking at areas where there is more disagreement.

Areas where there is more agreement:

Areas where there is more disagreement include:

So how do these results compare with previous results? Keep in mind that when it comes to survey research question wording matters. So for comparison sake, I will focus on questions that have as close as possible wording to get at accurate comparisons. Thankfully, Gallup has asked numerous questions related to firearms for several years, so we’ll pull our comparison data from them for the sake of simplicity. We don’t have comparison points for every question asked above, but we do have some. So let’s dive into those.

Collectively this polling data tell us some useful pieces of information. While there are obviously areas of disagreements, there are numerous policies that large majorities of Americans agree on. Background checks, mental health provider intervention, raising the age to purchase any firearm, and restrictions on those who have been convicted of violent misdemeanors all have support of at least 80% of Americans. As well, a large majority places at least some blame on mass shootings on America’s failure to address mental health issues. However, there are areas where of stark partisan differences. This includes arming educators, banning firearms from schools and college campuses, banning high-capacity ammunition magazines, and banning so-called “assault rifles.” Whether the areas of shared agreement form the basis of policies passed by legislatures is beyond the scope of this post, but in an era of heightened partisan disagreement finding areas of agreement is one potential positive here.

The Center for State Policy and Leadership will be holding a series of webinars around firearms in America.
This is part of the first in a three-part series including panel discussions and general overviews of gun violence and mass shootings in the United States – what do we know, what does the data tell us, and how do social and structural determinants contribute. Constitutional, global and comparative gun laws and perspectives will be addressed, along with the social equity dimensions of gun violence and mass shootings. The panelists address specific research on the under examined phenomenon of gun homicide and injury rates in small cities and mid-sized cities compared to big city gun homicide rates. Moreover, research on media framing of gun violence and different definitions of mass shootings used by various entities within media, academia and government agencies are explored.

Courtesy of The Capitol Connection the blog of the UIS College of Public Affairs and Education and the UIS Center for State Policy and Leadership. 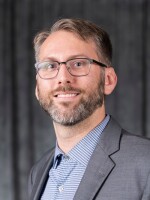 A.J. Simmons
Author biography: AJ Simmons is the Research Director of the Center for State Policy and Leadership at UIS. He holds a PhD from the School of Politics and Global Studies at Arizona State University. He likes bowling and discussing politics with people he disagrees with.
See stories by A.J. Simmons
LATEST STORIES
Related Stories