Click here to be "In the know." Subscribe to the NPR Illinois Daily newsletter.
Blogs
Let's Talk Kids
Raising children? Have to deal with someone else's? Considering a family?Let's talk kids!Claudia Quigg hosts this weekly reflection on best practices, experiences, and research related to child rearing and parenting. Thursdays at 12:50 PM and 7:50 PM

His face screwed up in remorse, Joe was one miserable five-year old.  His buddy Brandon was crying and holding his sore arm where had Joe grabbed him to get the Lego guy they both wanted for playtime.

A couple of years earlier, Joe would have been merrily playing with his snatched toy.  But now, his joy at winding up with the coveted piece was marred by his sense of guilt at taking it away from Brandon.

As I watched, I wanted to congratulate Joe’s parents and teachers for the great job they’ve been doing.  Not because Joe manhandled Brandon to get the toy, but because his remorse tells us they’ve been helping him to internalize social rules.

Joe’s well on his way to joining our civilization by practicing those social rules we all must abide by.  Rules like “Don’t take what’s not yours,” or “Don’t use your hands to hurt someone else,” or “Pick up your own toys.”

This capacity of children is nurtured through the early years by adults demonstrating these rules in their own lives, correcting little ones when they fail to use them, and then patiently explaining them when the opportunity occurs.

This teaching is part of empowering children to become master of their own ships, gaining self-regulation in order to successfully navigate the social situations they will face in the larger world outside the home.

One result of internalizing the rules is that children experience empathy as they see the pain of others victimized by those who break the rules. Joe’s misery was doubled as he not only felt the pain of guilt, but also empathized with Brandon’s tears.

Late child developmentalist Selma Fraiberg observed that “the role of the parent is to move the policeman from the outside to the inside.” As parents carefully model and teach these rules of behavior, they make that critical move for their children. Kids who carry that policeman on the inside are emotionally prepared for success in school and with friends.

Sometimes we face encounters with adults who still struggle to internalize the rules. It makes us wish they could take another turn at preschool where helping children internalize these rules is reinforced.

But those unfortunate souls who are unsuccessful in social encounters provide us an object lesson on why we want those rules internalized in our own children.  Clear expectations during their childhoods will bless our offspring throughout their days. 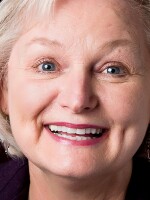