A History of the Sounds of the Night

Nightsounds was originally chartered in 1987 as a locally produced radio program that showcased artists loosely affiliated with New Age music, which became quite popular with the ascension of such labels as Windham Hill, Optimism, Higher Octave and Narada Records; all studios which featured artists loosely affiliated with acoustic and electronic instrumental music that did not pigeon hole into jazz or even soft record categories.

Nightsounds' mandate was to blend these artist in with established jazz musicians as well as folk and pop musics which shared the same sonic architecture.  On any given night you could enjoy veteran jazz vocalist Johnny Hartman, pianist Jim Chappell or George Winston and then jump to Joni Mitchell or a new troubadour vocalist such as John Gorka or Pierce Pettis.  The theme was to blend the songs according to tempo and sonic structure to achieve a continuous 'feel' or ambiance.

As the years went by, Nightsounds hopped between Sunday and Saturday nights.  When long time legendary host Bill Rintz left the airwaves due to health issues, a series of changes occurred at the station which transformed Nightsounds yet again.  Sunday nights were now divided between a dedicated bluegrass show, which Bill Rintz had covered for years, and the 'new' Nightsounds, which ostensibly filled in the folk category to replace the music Bill R. had highlighted for years.  Dave Leonatti put the focus on modern folk, singer-songwriters, and folk-pop, an emphasis and mission which continues to this day, more than two decades on.

Nightsounds continues to accentuate the contemporary side of the folk and singer-songwriter spectrum, peppering the playlists with the best of independent folk alongside pop and young rockers. Though the soundscape is diverse, the overall atmosphere weaves these diverse artists into a flowing wave; following Bluegrass Breakdown and melding seamlessly into Music From the Hearts of Space, which has succeeded Nightsounds almost since inception. 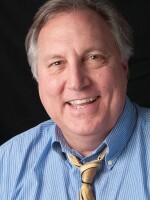