The ongoing budget clash between Democrats and Republican Gov. Bruce Rauner has complicated financial planning for non-profit organizations across Illinois.

The state provides more than $5 billion in social service funding — mostly through the Department of Human Services — which represents a huge share of the budget at scores of agencies. But until Illinois has its fiscal plan in place, agency leaders say they have to look for financial alternatives to avoid service interruptions, missing payroll or even closing their doors.

“It makes it make it really difficult for service providers and organizations – and even businesses – to plan for staffing and operations,” says Jennifer Cushman, policy manager for the Chicago Coalition for the Homeless (CCH). “There is a May 31 deadline for a reason and that is so that a responsible budget can be passed so that people can plan.”

Cushman says her organization does not get government money, but it represents other agencies that depend on it. CCH brought busloads of citizens who receive social service aid to the state Capitol throughout the session to lobby legislators.

”We will continue to put pressure on legislators to pass a responsible budget,” she says. “It’s a comprehensive budget that responds to the needs of the people.”

Democrats passed a budget before the General Assembly adjourned May 31, but Republicans didn’t support it and the first-term Republican governor has repeatedly called it “phony.” The Democrats’ proposal included millions of dollars in cuts to social service programs. But they were hardly the deep cuts that the governor proposed, including to autism, mental illness and epilepsy programs; child and senior care subsidies for low-income families; and aid to help the poor pay their utilities.

Leigh Grannan is director of the The Autism Program (TAP) at the Springfield-based Hope Institute. She says state funding is 90 percent of her agency’s revenue. TAP provides an array of direct, behavioral and other services to families, often on a sliding scale. The budget stall puts TAP’s planning in limbo.

“Although we have some — limited — funding through private insurance, a large of portion of our clients do depend on [state] funding,” Grannan says. “So it’s hard to project what we’ll be able to do for the central Illinois community.”

This is the second round of budget strain that non-profit leaders like Grannan have dealt with in recent months. On Good Friday, $26 million in funding for grants in the current budget year was canceled. The cutoff came despite fund sweeps that pulled money from other accounts to — at least as Democrats say they intended it — pay for several social service programs, including TAP.

At this point Grannan says she doesn’t know what funding will look like for autism services next year. Rauner proposes to eliminate it.

'We'd rather be partially funded than not funded at all.'

“It’s just makes it very difficult for us to plan for serving,” she says. But facing the reality of the state’s money problems, “we’d rather be partially funded than not funded at all.”

The state is expected to fall short by at least $6 billion of its $75 billion budget. To help make up the shortfall, the governor has proposed cuts, called for reducing government pensions and making changes to worker’s compensation and other areas of law. Most of which Democrats have rejected. They say their budget fulfills moral obligations to residents — even though it is $4 billion short.

“The number one problem facing Illinois today is the continuing budget deficit,” House Speaker Michael Madigan says. “My view is that you cannot simply cut your way out of a deficit. There has to be a balanced approach of cuts and new revenue.”

Republicans blast the Democratic budget proposal as continued “reckless” spending — without revenue ideas or consideration for Rauner’s agenda. They call it “more of the same” that has led Illinois into its current financial quagmire.

“This budget is about the Democrats demanding revenue, revenue, revenue. That’s called taxes. The fact is, the governor has made it clear that there has to be reform before there’s any discussion of revenue. I think it’s fair. That’s what the people of Illinois want,” says House Republican Leader Jim Durkin. “We’re not going to walk out of this building and say, ‘OK, we’ll pass a tax increase,’ just to placate the majority party.

And so the stalemate continues, though party leaders and the governor say negotiations continue behind the scenes. Organizations are left to wait to see what happens.

Rauner has proposed cutting $110 million from the Child Care Assistance Program, including not providing care subsidies for children older than age 6. Democrats say no to both.

But since Maria Whelan, head of the child care services agency Action for Children, doesn’t know where the actual funding will fall in in the budget year that begins July 1 — and when that money might come through — she’s making alternate plans. Action for Children’s state grant helps pay for its 400 staff members and other overhead. Whelan says without a budget in place, the agency may have to consider a line of credit to pay its expenses.

The General Assembly is scheduled to remain in session throughout the summer — until a budget is passed and approved by the governor. Madigan says he’s hopeful a fiscal plan will be in place by June 30.

Durkin, however, offers an alternate prediction: “We may be in for a long summer.” 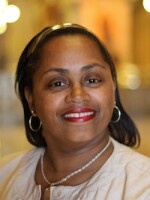