WIU Alumni Stand By One Another

A group of Western Illinois University alumni – many of them African-American – stood by one another and helped one another get through college more than five decades ago, a time when the campus was just beginning to diversify.

Listen
Listening...
/
Give this a listen!

17 of the men and women, all former college athletes, recently held a reunion in Macomb. This is not the first time they’ve gotten together.  They’ve held reunions for around 15 years.

The first one was spurred by the news that two classmates died homeless.

“This shouldn’t happen. We were all down there together. When one of us gets in trouble, somebody’s got to know about it so that we can come and support and do whatever we can,” said Ken Freeman, who along with several others helped organize the reunions. 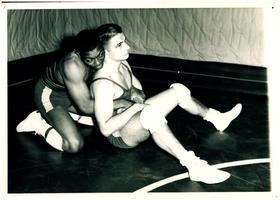 The gatherings are a way the group’s members still stand by one another more than five decades after they met in college.

Different members of the group have hosted the reunions in cities around the country. This year, for the first time, their alma mater played host.

And now, in their golden years, the group’s members relish the opportunity to get together again and share their stories. 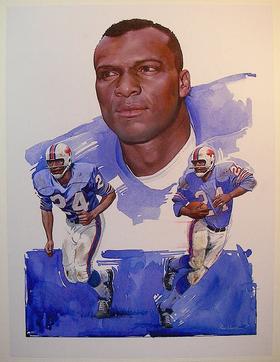 "The stories get bigger and bigger as you go,” said Booker Edgerson with a laugh.

He said members of the group enjoyed success in their lives and careers, and the roots of those successes are in the time they spent at Western Illinois University.

Edgerson played both sides of the ball for the Leatherneck football team before starring for ten years in the American Football League.  His Wikipedia entry describes Edgerson as “…a cornerstone of the American Football League Buffalo Bills’ defense in the mid-1960s, at left cornerback.” He had to cover Lance Alworth, Fred Biletnikoff, and other big playmakers in the pass-happy league. Edgerson won two AFL championships with the Bills.

Edgerson, who grew up in Rock Island, said the people in Macomb and Buffalo are similar.

"I call them mud kickers. They're hard workers and they respect other folks."

Edgerson is a two time prostate cancer survivor.  He said he uses the WIU gatherings and events associated with the Buffalo Bills to raise awareness about the disease.

“Men are very reluctant to go get checked. So we’re trying to make them aware, educate them, and raise funds for research,” he said.

Edgerson is the chairman of the Cure The Blue initiative sponsored by The Buffalo Bills Alumni Foundation.