A new law that goes into effect in January is intended to prevent access to firearms for residents whose license to own a gun in the state has been revoked. 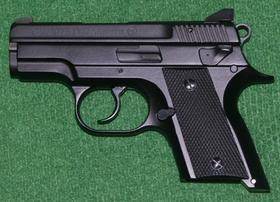 State Rep. Kelly Cassidy, D-Chicago, says the law will help the state police let local law enforcement officials know when someone's Firearm Owner's Identification (FOID) card has been rescinded because there is an order of protection against them.

The National Rifle Association remained neutral on the legislation, and it passed with broad bipartisan support.