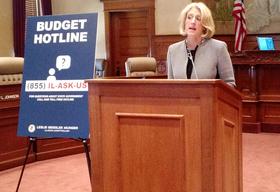 Illinois’ Comptroller is calling on lawmakers and the Governor to come to some kind of budget agreement in the next ten days. The July first start of the state’s new fiscal year without a budget means the four special spending plans sunset.

“There have been more than 5,000 contracts that have been filed with my office. They total nearly 1-billion dollars, and they are being held at agencies because there is no legal authority for her to make payments on those right now.” 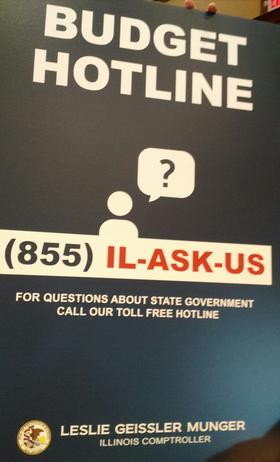 Munger has no lawmaking authority and says she doesn’t know what else to do beside putting lawmakers paychecks in the back of the line with state’s current bills.

She says the last paycheck they received was March 30th and the next one will go out early next month.

Munger says some legislators are calling her office declaring they need to be paid in order to cover their mortgage payments.