A catchy 1987 television ad campaign for a butter spread replacement popularized the product and slogan “I Can’t Believe It’s Not Butter,” with the promise of a healthier product that eliminated cholesterol from its ingredient list.

It turned out, however, that the popular butter-like spread and other similar processed butter products contained artificial “trans fats” that were created using a chemical process called partial hydrogenation. For decades the popular choice for making margarines, spreads and shortenings, artificial trans fats were phased out of use in 2021 due to concerns over an increased risk of heart disease and stroke among consumers.

Scientists at the United States Department of Agriculture’s (USDA) National Center for Agricultural Utilization Research (NCAUR) have been working on developing a healthier butter-like spread that looks, feels and tastes like margarine for the past decade.

According to Jill Moser and Hong-Sik Hwang, research chemists with NCAUR, which is better known as the Peoria Ag Lab, their oleogel-based margarine replacement may soon be present in consumer food products.

“Historically, hydrogenated oil, which contained trans fats, was used to make these spreads. The food industry and restaurants have switched to palm oil, or some of the tropical oils. The problem is these oils are also not healthy,” said Hwang, during a recent interview at the Peoria Ag Lab. “We wanted to replace these oils with a healthier choice.”

Over the course of a decade of research, Hwang and Moser discovered a “healthier choice” for trans fats utilizing waxes that are plant and nature-based, including sunflower, rice bran, candelilla and beeswax. The process involves melting the waxes in hot vegetable oil and cooling them to room temperature, resulting in a semi-solid substance called an oleogel.

When the oleogel is mixed with water, salt and other ingredients, it mimics the role of saturated fat in producing a margarine, spread or shortening that has the desired firmness, mouthfeel, melting point, shelflife and other properties, including when used in baked goods.

Oleogels derived from plant waxes are of special interest to USDA researchers because they are "generally recognized as safe" by the U.S. Food and Drug Administration (FDA), are abundant and inexpensive. Some, such as sunflower waxes, are waste products generated from refinery procedures used to remove impurities in the flowering crop's seed. Others, such as rice bran waxes, are waste byproducts of husk-oil refining methods.

Oleogel-based spreads will result in healthier choices for consumers who are concerned about saturated fats in their diets, the researchers noted.

“Current dietary guidelines recommend that the fat in your diet should be mostly from oils that are low in saturated fat,” Moser said. “The motivation for our research was to find a way to provide the (proper) texture to food products without using oils that are high in saturated fats, so that we can use healthier, liquid oils in processed foods.”

Research revealed that a number of different oils, including soybean, high oleic sunflower, canola, olive, hemp and flaxseed, as well as any type of nut oil, can be utilized to replace the saturated fats currently used in processed foods. This should translate into additional opportunities for agricultural producers to market their products or co-products to the food industry.

The researchers are “really close” to a marketable, healthier butter spread product, according to Moser. “We’ve been working with food companies to determine how they can be applied in different types of food products. It’s not a drop-in solution per se, because there is a lot of difference between these wax based oleogels and traditional fat products. But we can engineer them into food products. It’s just a matter of testing to find out the right conditions and right amounts to be used in food products.”

In addition, some ingredients will need to undergo further, independent safety testing before the FDA will grant final approval for oleogel-based food products to reach the public.

“I would like to see (commercialization) happen within the next one to two years, but we are scientists working on improving the properties of these materials. We have to emphasize the health effects of these materials so that people know that changing the conventional solid fat to this oleogel is very important to (their) health.”

While the health benefits associated with the oleogel-based margarines and other food products have been proven by Moser and Hwang’s groundbreaking research, the scientists are aware that products must pass the consumer “taste test” to succeed commercially. That’s why the pair’s current research is focusing on matching the right waxes with the right food products in order to maximize flavor.

“Waxes are very similar to fats. They’re made up of carbon and hydrogen, so they have very similar sensory properties,” Moser said. “They taste similar to fats, however they tend to have a higher melting point, so that’s why we would like to use them in the smallest amounts possible. That way by the time they get in your mouth, they won’t feel like a waxy coating.”

According to NCAUR Director Todd Ward, Hwang and Moser’s work with oleogels is part of a larger research effort at the ARS center to usher in new, value-added uses for both established crops such as corn and soybeans and newer ones such as penny cress and hemp that will benefit farmers and consumers alike.

“This work is part of our broader program of developing healthier food choices for the American consumer, and providing new economic opportunities for the agricultural sector. This research has determined new uses for agricultural commodities that will, in this case, also have positive health benefits for consumers,” said Ward. 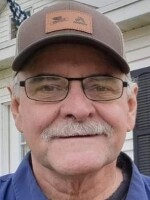