Housing advocates, renters struggle to stay ahead of a rising tide of evictions

Every Friday morning, Kanedra Banks spreads a spectrum of pamphlets across a small granite counter on the sixth floor of the Sangamon County Courthouse in Springfield. For the three hours she’s there, Banks answers questions for people walking by.

Most are coming to or from evictions court, in room 6C.

For much of the pandemic, evictions court was not busy, due to dual state and federal bans on evictions to curb homelessness as COVID spread. But in the two months since’ Illinois’ moratorium on evictions expired, Room 6C has filled up once again.

“When they come out [of the courtroom], they are confused about why they're being evicted, or how it's come to this point,” Banks said.

Banks works for Land of Lincoln Legal Aid, which gives free guidance and pro bono representation to low-income and senior Illinoisans facing legal issues, including eviction. On Friday mornings, she gives out pamphlets and flyers to renters facing eviction, and answers questions about their rights as tenants, potential fees they face and their options moving forward.

One of those options is applying for rental assistance through a massive program Illinois stood up last year in the first few months of the pandemic, propped up by federal COVID relief funds. Applications for the latest tranche of the $835 million program open Monday, when landlords and tenants can again apply for up to 15 months’ of back rent.

But though Gov. JB Pritzker touts Illinois’ rent relief effort as the largest in the nation, the $505 million distributed so far has not reached everyone.

Land of Lincoln Legal Aid attorney Kevin Sheehan, has seen that firsthand. Sheehan says he’s the busiest he’s ever been, and two of Land of Lincoln’s offices have had to stop taking on additional evictions cases because they’ve reached max capacity.

“We're still in the middle of this wave [of evictions],” he said. “And it hasn't really abated.”

On a recent November morning, about 30 people reported to the courthouse for their first hearings in eviction proceedings against them. Among the group was Briana Flores, a 27-year-old food service worker living on Springfield’s east side.

She’s only a month behind on rent; she’s had a hard time working enough hours to pull together the money. But Flores said her landlord has been trying to oust her from the rental for some time now.

“She told me that I had to basically sign the new lease or get out,” Flores said. “She basically has just been threatening me for the last couple months, and then I just missed that payment.”

That’s how Flores found herself in courtroom 6C. She wasn’t optimistic that she’d be able to stay in her home, and didn’t think she was eligible for rental assistance from the state despite having had her income change due to COVID.

“As soon as I found out about it, it was past the deadline. And I didn't even know that was an option.”

Flores planned to tell the judge about her difficulties getting enough hours at work. But if she ends up being evicted, Flores said she’ll have to move back to her parents’ house in Fort Worth, Texas.

Kimberly Harris, 51, has no such backup plan.

Harris said she lost her delivery service job during the pandemic, eventually getting a year behind on her rent. She claimed her landlord refused to fix her air conditioner during a summer heat wave because of her unpaid rent.

But unlike Flores, Harris did know about Illinois’ rental assistance program. She and her landlord applied earlier this year and were approved, which made it all the more surprising when Harris found an eviction notice on her door.

“And then I did some research and found that the landlord stated that my rent was higher than what it was,” Harris said. “It didn't match the lease.”

Harris later found out her landlord also only applied for five months’ worth of aid instead of the 12 months she owed.

“So everything's a mess because she lied on the application” Harris said.

Sheehan of Land of Lincoln Legal Aid said he’s hopeful most of his clients will be able to stay in their homes after getting help from the rental assistance program, especially as winter approaches. But he acknowledged that not all landlords are cooperative, especially if they’ve had issues with a tenant.

“[The rental assistance program] also requires landlords to be receptive to this too,” Sheehan said. “And they've had a difficult year as well.”

One of those landlords is Tony Nudo, who owns rental units in Springfield and Sangamon County. Over the course of the pandemic, Nudo’s had several tenants who couldn’t pay their rent on time.

He’s not alone, of course; Nudo is treasurer of the Springfield Area Landlords Association, which earlier this year conducted a survey finding about 24% of local tenants were behind on their rent. But the survey also found that only half of that figure was due to unemployment, lost work hours or other extenuating circumstances directly tied to COVID.

Nudo said two of his tenants fell into the other category and had no change in their income that he was aware of.

“They were in the property probably six months before the moratorium,” he said. “And when the moratorium came along, they immediately quit paying the rent.”

Though Nudo believes the media has blown the pandemic out of proportion, he said he does understand that the economic shutdown did bring serious hardship for some families, including some of his tenants.

“We have good residents and they were struggling,” Nudo said. “And it was through no fault of their own that they were having these problems — we had at least four of our residents that actually got COVID in their family.”

Nudo worked with those tenants and were able to successfully apply for rental relief ando stay in their homes.

The increasing importance of procedure

Those who do find themselves in eviction court will be part of a crush of cases that judges are moving to curtail with new requirements about court appearances.

As the number of cases has piled up, Sheehan of Land of Lincoln Legal Aid is becoming concerned with how court efforts to streamline the eviction process is impacting tenants’ rights.

If tenants miss any one of those steps, they could now be out of luck before a trial can even be scheduled.

“What that means is if you fail to file that court fee, or file that appearance, or file your answer to that to the landlord's complaint against you, then the judge will enter an order for eviction,” Sheehan said.

During his most recent day in court, Sheehan saw that happen twice. He added that once tenants make the correct appearance, it’s more important than ever to make sure they bring their evidence with them in hard copy form — “because judges aren't going to accept [digital] evidence on their private tenant’s [smart]phone.”

He’s bracing for a wave of evictions in spite of the best efforts from tenants, lawyers like himself, community workers and the state.

“Tenants with very valid possible defenses are going to fall through the cracks,” he said. “Just because there's just so many, and it's impossible to reach everyone.” 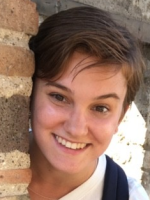