"Gem of the Ocean" is a play written be well-known playwright August Wilson, whose plays "Fences" and "Ma Rainey's Black Bottom" have been turned into feature films. Springfield Theatre Centre is producing "Gem of the Ocean," which will fun the last two weeks of February. The show's director, Reggie Guyton, spoke to Community Voices about the show and how its characters discover what it means to live freely. 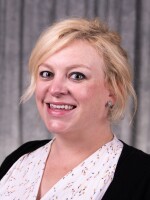