Colombia after the Drug War: A Panel Discussion

All programs are free and open to the public. Dinners require a reservation.

Dr. Stan Ruecker is the Anthony J. Petullo Professor in Design at the University of Illinois. For the past three years, he has been working with colleagues at the National University of Colombia, focusing most recently on design for peace in post-conflict zones. Dr. Ruecker will discuss the 50 years of civil war in Colombia involving jungle fighting among four armies. In July 2017 the communist guerrillas known as the Revolutionary Armed Forces of Colombia (FARC) signed a peace treaty with the government. FARC unilaterally disarmed and began a process toward reincorporation into society that led to convening a diverse group of people to attend the International Development Design Summit, “Building Peace, Reconciliation through Co-creation”. It envisioned the design for a new future for all stakeholders to achieve reconciliation.

Mr. Andrew Koch was born and raised in Springfield, Illinois. He graduated from Wake Forest University in 2014 with a Bachelor of Science degree in Finance and a minor in Spanish. From 2016 through 2018, Mr. Koch served as a Peace Corps Volunteer in Colombia where he supported small business development, micro-finance projects, and financial literacy initiatives. He will share his experience and perspective on day-to-day lives of people in the rural Caribbean region of Colombia, the Peace Corps, and small business development and micro-finance in Colombia. As a Peace Corps Volunteer, Mr Koch lived and worked for two years in the community of Fundacio?n, Magdalena, Colombia. It has an estimated population of 60,000 residents, the majority of them are living in vulnerable conditions at or below the poverty line.

Dr. Adriana Piatti-Crocker joined the UIS faculty in 2006. A native Argentinean, she is a professor of Political Science and teaches comparative politics and international relations courses with an emphasis on Latin American politics. Her 2017 book, Gender Quotas in South America’s Big Three: National and Subnational Impacts, focuses on policies intended to promote the inclusion of women in Latin America’s legislatures and their effects. Dr. Piatti-Crocker received the distinguished 2016 Pearson Faculty Award that recognizes a faculty member whose performance exemplifies UIS commitment to excellence in teaching. In 2018, she became the first Presidential Fellow from UIS. Dr. Piatti-Crocker will moderate a panel discussion during the Question & Answer session. 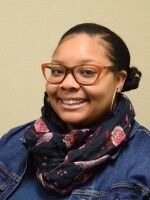