An international panel on climate change this week warned greenhouse gas emissions will keep increasing if left unchecked and called for urgent action. According to one Illinois scientist, that means frequent heavy rain events and flooding could become the norm.

Yes, You Can Still Register To Vote In Illinois

Clarifying 'Consent' In The Era Of #MeToo

In the wake of the #metoo movement and the spotlight on assault allegations against Judge Brett Kavanaugh, more states — including Illinois — are rethinking how sex education should be taught in public schools.

Is Age Just A Number? The Race For Illinois Secretary Of State

In Pakistan, Learning Chinese Is Cool — And Seen As A Path To Prosperity

Saleem Abbas is the kind of student who sits in the front row. He's the first to try to answer a question. He eagerly repeats the Mandarin expressions that his teacher throws at the class: "Is this your family or not?" he repeats after the teacher. Then: "I have a mother."

This week, major-party candidates Governor Bruce Rauner and his Democratic challenger J.B. Pritzker engaged in their second televised debate, which excluded the other two candidates on the ballot.

Last year brought a lot of flu activity across the state and this year health professionals are urging the public to roll up their sleeves and get flu shots early this year.

A fiddling duo is playing Civil War era tunes on the Old State Capitol plaza in downtown Springfield. Near them is a log cabin on wheels (well, technically it's made of cardboard) with a large ball attached to it - fashioned to look as though it was made of iron or steel, with the words "link on to Lincoln." It's old-timey propaganda created by a contemporary Illinois artist.

Is It Time For Illinois To Stop Celebrating Columbus Day?

States like Hawaii, South Dakota and Alaska have replaced Columbus Day with the designation of ‘Indigenous Peoples’ Day.' It's a trend that goes back decades, and in 2017 a law was signed that brought Illinois up to speed with that trend. Sort of.

The Vision For High Speed Rail In Illinois

Imagine trains that travel 200 miles per hour between Chicago and St. Louis, drastically cutting the travel time for that trip.  It’s not far-fetched.  In fact, it’s happening in other places.  But in Illinois, high speed rail has been more about baby steps than giant leaps.

In America, default and bankruptcy is almost a rite of passage for people in business. It's certainly nothing to be ashamed of. In China, however, failure to pay your debts is a cardinal sin. Offenders are banished to a blacklist. If you're on the blacklist, you can't buy a plane ticket or stay in many hotels. And your face may be plastered on billboards throughout the city, naming you as untrustworthy. Today on the Indicator, we talk with a coal broker who has been on the list for more than two years.

It's not every day you see freed prisoners walk back into the arms of their jailers. But about 80 inmates from Indonesia's Donggala District Prison are doing just that.

They assembled this past week on the patchy grass of the prison grounds and counted off for prison head Safiuddin.

The diminutive warden's powers of persuasion worked for this group, but not for all of the 360 prisoners who had been serving time in the old jailhouse when an earthquake and tsunami hit Indonesia on Sept. 28.

Here & Now’s Jeremy Hobson interviews both Republican Diane Harkey and Democrat Mike Levin, who are running against each other to succeed California Republican Rep. Darrell Issa in the state’s conservative 49th Congressional District. Also, Asian Americans now make up 14 percent of California’s population, and they’re the fastest growing ethnic group in the state. We check to see the political issues on the minds of Asian Americans ahead of the midterm elections.

There are four competitive congressional races in historically conservative Orange County, California, according to the Cook Political report.

National Weather Service: Hurricane Michael Will Be A 'Catastrophic Event'

Hurricane Michael will make landfall in Florida as a Category 4 storm Wednesday afternoon. The National Weather Service warns, “This will be a catastrophic event the likes of which this region has never seen.”

One of the most iconic and colorful festivals of the Southwest is underway this week in New Mexico. Each year, the Albuquerque International Balloon Fiesta draws hundreds of hot air balloons from around the world, and for some — like pilots Troy and Savannah Bradley — it’s a family affair.

Here & Now‘s Peter O’Dowd speaks with the father-daughter duo about the event.

In Southern California, Key House Races Could Come Down to Asian American Voters

This story was reported on our election road trip to states across the country ahead of the 2018 midterms. Check out all of our election coverage.

Asian Americans now make up 14 percent of California’s population, and they’re the fastest growing ethnic group in the state. Here & Now’s Jeremy Hobson reports on the political issues that are on the minds of Asian Americans ahead of the midterm elections.

Will The Midterms Be A Referendum On Trump And Kavanaugh?

Are you in agreement with your fellow citizens?

Earlier this month, Diane Nash told a full auditorium of University of Illinois Springfield students that she and fellow civil rights activists, “Loved you before we met you.” She said efforts to make the U.S. a more equitable place had been done, and are still being done, “For generations yet unborn.” And she urged others to join the cause, or risk sliding into what she sees as an increasingly authoritarian state.

Social Action - Thanks for Sharing!

Ask The Newsroom: How Are Early Voting And Mail-in Ballots Handled?

In the past, Ann Quackenbush would wake up early on election day to get to her polling place. The elementary school teacher in Champaign says it was often hard to make time to vote during a busy school day. For the primary last March, she tried something different – mailing in her ballot before election day. “It is just incredibly convenient,” said Quackenbush, who has already requested a mail-in ballot for the mid-terms in November. Quackenbush posted to social media encouraging friends to...

Statewide, with host Sean Crawford, brings you reports and conversations from in and around Illinois.

The Cost Of Doing Business Across The Rural Digital Divide

Some Budget Suggestions For The Winning Candidate For Governor

While debating, candidates offered no concrete suggestions for addressing fiscal problems but possibilities exist. In today's fevered political climate, is it possible to have a serious discussion about possible ways to address the fiscal problems Illinois faces? Not very likely, if one judges by the first debate among incumbent Republican Gov. Bruce Rauner and his three challengers, Democrat J.B. Pritzker, Conservative candidate/Republican Sen. Sam McCann, and Libertarian Grayson "Kash"...

Could One Answer To Teacher Shortage Be Right Under Our Nose?

The Attorney General Race: Talk About The Speaker Dominates

Athens is a town like many others in central Illinois. With a population of about 2,000, it’s rural, and encapsulated by fields of crops like corn and soybeans. Visitors driving into town off the interstate are ushered in by numerous American flags and a welcome sign listing several area churches.

Is The Trump Administration Being Too Soft On Saudi Arabia's Crackdown On Dissenters?

The alleged Chinese intelligence officer, Yanjun Xu, was extradited to the United States on Tuesday from Belgium, where he was arrested in April at Washington's request.

His extradition marks what appears to be the first time that a Chinese spy has been brought to the U.S. to face prosecution, according to U.S. officials.

More than a week has passed since Saudi writer Jamal Khashoggi vanished after visiting the Saudi Arabian consulate in Istanbul. Turkish authorities are telling journalists what they think happened, citing released video footage: that Khashoggi was targeted and murdered.

President Trump said Wednesday that he has spoken to the Saudi government "at the highest levels" about the situation. 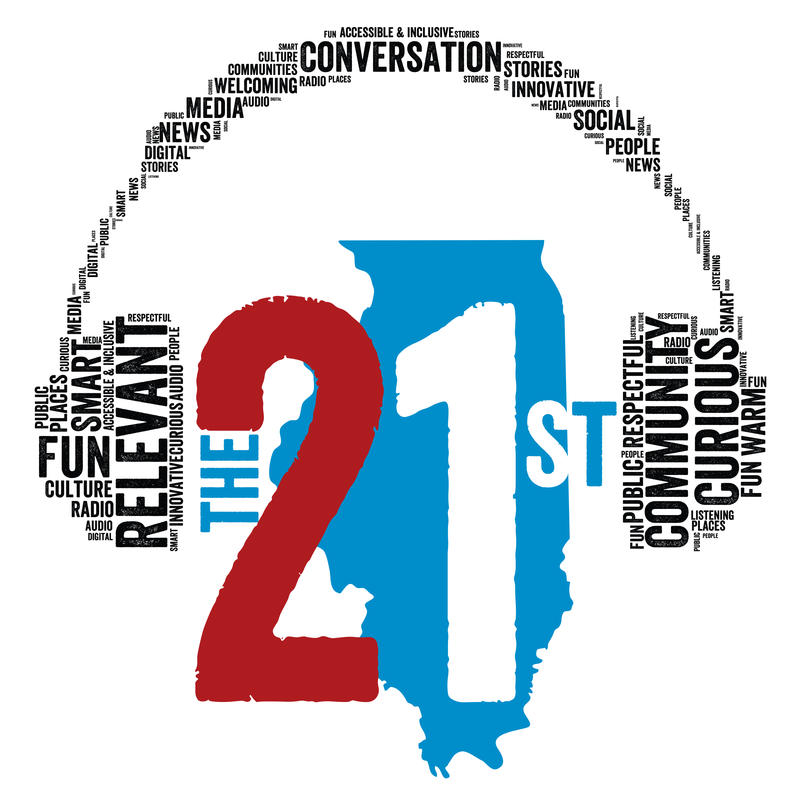 https://www.youtube.com/watch?v=2sUZwqaWRT4 When Michael Quercio, lead singer, bassist, and founder of The Three O'Clock used the term " Paisley Underground " in an interview in 1982 to describe a particular slice of the Los Angeles music scene in the mid-'80s, little did he know that it would become a moment in rock and roll that would have significant historical importance. An amalgam of psychedelic rock, garage rock, and jangly, melodic pop, the scene was represented primarily by The Three...

Jeff Daniels And The Ben Daniels Band On Mountain Stage

On 'Fanfare For The Common Man,' An Anthem For The American Century

https://www.youtube.com/watch?v=ZdqjcMmjeaA https://www.youtube.com/watch?v=fK92hdp6u18 This story is part of American Anthem, a yearlong series on songs that rouse, unite, celebrate and call to action. Find more at NPR.org/Anthem . Aaron Copland 's "Fanfare for the Common Man" begins with dramatic percussion, heralding something big and exciting. Then comes a ladder of simple trumpet notes, solemn and heroic. The whole piece takes less than four minutes to play, but its admirers say it...

The Complex Life Of Leonard Bernstein, A Once-In-A-Century Talent

Got 'Mambo'? A Playlist For Leonard Bernstein Fanatics And First-Timers